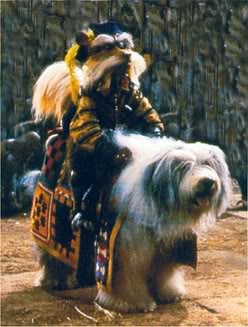 I have a scrapbook of David Bowie images in my head. Ziggy Stardust – the vampire in The Hunger – singing Christmas carols with Bing Crosby – the Goblin King in Labyrinth – duet with Tina Turner.  Then there’s that whole Tin Machine thing.  I don’t know much about the man, but I got a pretty good feeling he’s pretty much a total bad-ass.  I threw a bunch o songs on this one, somewhat haphazardly, thanks to Pascal for turning me on last minute to Seventeen Evergreen.  Also, I finally included Thee Oh Sees, after threatening to play them in at least 2 maybe 3 episodes previously, a San Francisco Bay Area band (Seventeen Evergreen are also locals).  A handful of older songs show up in the mix, hope you like it: David Bowie – Five Years ~63 minutes

TV on the Radio – DLZ

Portugal, The Man – Senseless; Head Is A Flame (Cool With It); So American

The Tambo Rays – Draggin Our Bones