Seattle surf-punk garage heroines La Luz have a full length album out called It’s Alive and they are currently on a lengthy tour of the western-most portion of North America before they head off to Europe. This music soothes your vibes.

A punk, garage, grunge band out of New Haven, rocking the bee sides. Good stuff. Check out their bandcamp here

This is a tattoo of a queen bee on my forearm- i like bees:

ep76 The Oblivions – Run For Cover

Back to Memphis, with the Oblivians. The 90’s garage punk lo-fi band is back with a new release of grinding, thrashing goodness. Go find yourself a copy of “Desperation” today!

Oakland punks Shannon and the Clams dropped this album earlier this year and it is a doozy! I’m loving Shannon’s vocal style-ings; and the surf garage doo-wop r&b rock outfit blasts out 15 tracks on the LP, get yours today!

their site here
their fb here

Out of Washington DC comes a rollicking good time of a single from the doo-wap, bluesy, surf punks Shark Week. The single releases on July 30 so order yours today.

An album a year is note-worthy. . . a really good album every year for three years running is phenomenal. The Men have a new single out now and a new album “New Moon” coming out in March. Your only hurting yourself by avoiding them. 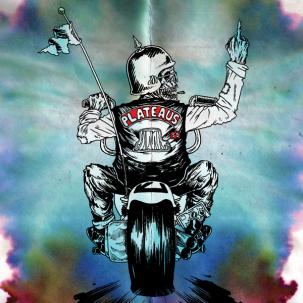 San Diego pop punk band Plateaus released their debut LP in the fall of 2012 and it is a rollicking good time top to bottom. The single Do It For You b/w Jasmine was released in May and a video for the song came out in the summer.

Spider Bags, a punk band out of Chapel Hill NC may be coming to a dark, dank venue near you. If that be the case grab your girl and go have a good time.

Paws – Tulip
Paws is a lo-fi garage pop band out of Glasgow. Their latest album “Cokefloat” is available now. Check em out —–> here

Ty Segall is on a tear, he’ll be playing at the Treasure Island Music Festival smack dab in the middle of the San Francisco Bay, on October 14th as one of his last remaining shows of a jam packed year. Last year he released 2 albums, but he had plenty more to give in 2012. His solo album, Twins, will be his third album this year. Last month, the Ty Segall Band, released Slaughterhouse, and earlier this year Ty Segall toured with White Fence supporting their April release of Family Purfume. He’s a busy boy and I hope he’s got something left for 2013, because I didn’t catch him once this year and I’d really like to see him play. . .